It's time for a whirlwind tour of Redis before you dive into the rest of the book!

The beauty of Redis is that it's a key-value store where keys are Strings but the values are data structures. Here is a list

It doesn't end with the data structures!

Sneak peek of the core data types listed above

Strings are quite versatile and they can be manipulated using simple SET and GET commands. You can even store integers as a value. Redis will recognize it and allow them to operated using beINCR, INCRBY, DECR and DECRBY commands

Internally implemented as Linked Lists which ensures constant time operations at head and tail. Basic commands include LPUSH, RPUSH to push data, LREM to delete, LTRIM to limit the list size, LRANGE to find sub-list, LPOP, RPOP to get data (BLPOP and BRPOP are the blocking variations). Lists are heavily used as a foundation for implementing job queues

It's ability to store key-value pairs makes Hash an ideal candidate for storing objects (thier attributes and values e..g user, order etc.). HSET and HGET are the basic commands to work with a Hash (HMSET and HMGET are the euqivalent commands to operate on multiple values at once). You can also use HGETALL to get the all key-value pairs in the Hash

SADD and SREM are used to add and delete elements from a Set respectively. You can check for existence with SISMEMBER and list all elements using SMEMBERS. Other interesting operations include finding union (SUNION) and intersection (SINTER) of sets. You can calculate the difference between sets using SDIFF and its cardinality (number of elements) with SCARD

Add element (along with thier score) using ZADD and bump up the score with ZINCRBY. ZSCORE will give you the score of a specific element while ZRANK will give you the index of the member (rank based on score). Sorted Sets are heavily used in leaderboards, time series use cases etc. because of their flexible sorting capabilities offered by ZRANGE, ZREVRANGE and other similar commands

It's a compact (limited set of commands) data structure which makes it very easy to work with geo spatial co-ordinates. Just add members and thier location (latitude and longitude) using GEOADD and query for thier exact postion or hash using GEOPOS and GOHASH respectively. Use GEODIST to calculat the distance between points in a Geo data set and get a sorted result of distances within a radius from a specific location or member using GEORADIUS and GEORADIUSBYMEMBER

Counting unique items is possible by storing them in a Set and then invoking SCARD. But, the beauty of Hyperloglog is that it's memory requirements are not proportional to the number of elements stored in it (~12000 bytes at max). This is because of it's probabilistic nature where there is a chance of an error (> 1 %). Just use PFADD to push elements and PFCOUNT to count them. PFMERGE is a handy command which allows you to merger multiple Hyperloglogs into a single one

Introduced in Redis 5.0 (not officially released at the time of writing), Streams can be used to ingest infinite data using XADD and access/process them using XREAD. Another variation is XREADGROUP which is similar to the Consumer Groups feature in Apache Kafka and can be used to split the processing workload among mulitple consumers. XRANGE provides the ability to find chunks of data in the Stream and makes it possible to perform time series analysis (by providing your own time as the ID or use the one returned by XADD)

Previous
Get, set, go...
Next
Redis: the basic data structures 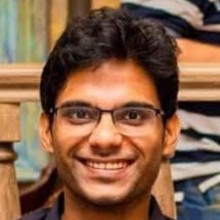